[…] impressed so many people from all walks of life ranging from American presidents to the man-in-the-street and I’m pleased to say that I managed to catch the Ellington band on three occasions. The first time in January 1963 at the Granada, Walthamstow (madly, in carefree mood, I travelled there as a pillion rider on an under-powered battered-old motor scooter) followed by the Granada, Sutton and, finally, the Royal Festival Hall where British tenor saxophonist, Tubby Hayes, took Paul Gonsalves’ seat in the second half owing to Gonsalves falling unwell during the interval.  On an historical note, Tubby Hayes played one of his last gigs in Norwich in November 1972 just before his untimely death in June 1973, aged 38, at the Jacquard Club in Magdalen Street which I owned with my blues-singing brother, Albert Cooper.  So many bands harbour Ellington in their repertoire and the recently departed slide trombonist, Chris […] 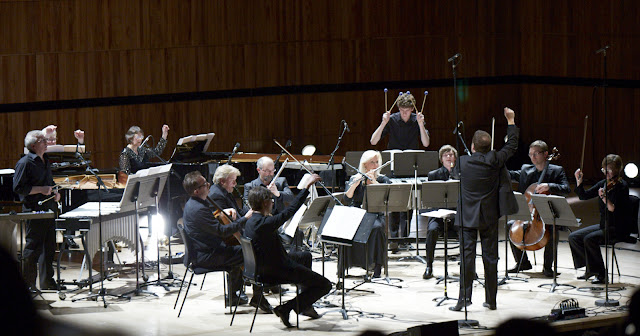 […] composer Claude Vivier, with soprano Clare Booth, alongside a new work by contemporary Canadian composer Nicole Lizée. The concert is also a training event as the London Sinfonietta will be playing side-by-side with players from the Royal Academy of Music (6/5/2022). Opera performances include a new chamber version of Bartok's Bluebeard's Castle being performed at Stone Nest as the inaugural production of Theatre of Sound, with Susan Bullock, Gweneth Ann Rand, Gerald Finley and Michael Hayes. The director is Daisy Evans and music director is Stephen Higgins, both of whom have been prime movers in Silent Opera (November 2021). And the orchestra will be in the pit when Tom Coult's opera Violet (much anticipated and much delayed by pandemic cancellations) gets its premiere at the Aldeburgh Festival, with performances at the Hackney Empire, Buxton Festival and more (June 2022)   Other explorations include jazz with London Third Stream, an evening of […]

[…] classically trained and recorded them in repertoire that was largely Eurocentric. There were important exceptions to this in the recordings of the important Black Canadian composer and pianist R. Nathaniel Dett in his own material, Harry Thackery Burleigh, baritone, composer, and friend of Antonin Dvořák, and a political sound recording recitation of Booker T. Washington of his Atlanta Exposition address. Broome had worked with the pioneering Black tenor Roland Hayes, who lived in Boston, creating a sales outlet for Roland Hayes Columbia Vanity edition homemade recordings that were only available by mail order.   By the time that Harry Pace founded Black Swan Records in Harlem, Hayes had triumphed in a European tour of 1920 and, by the mid-1920s, had become an in-demand fixture headlining The Boston Symphony Concert Artists Group. […]