Making the most of opportunity: a brilliant young cast in Rossini's early farsa with British Youth Opera 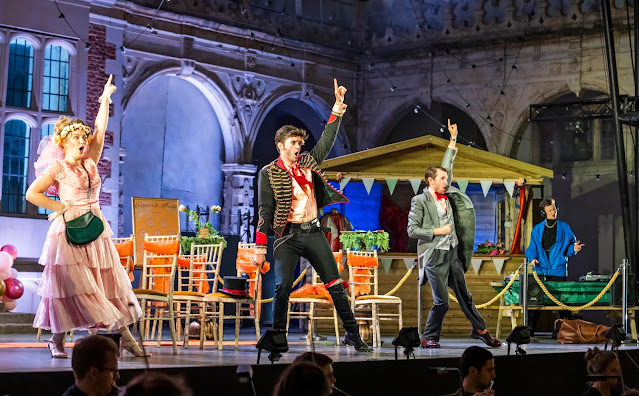 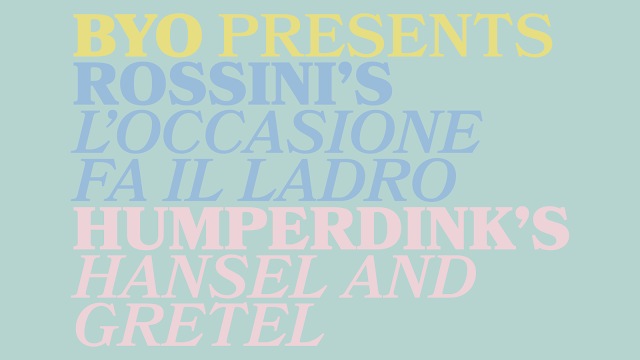 This Summer Britsh Youth Opera will be performing at Opera Holland Park (OHP) for the first time, taking advantage of OHP's specially reconfigured theatre and giving ten performances during August. Two operas are being performed Rossini's L'occasione fa il ladro and Humperdinck's Hansel and Gretel. Rossini's L’occasione fa il ladro, ossia Il cambio della valigia (Opportunity Makes a Thief, or The Exchanged Suitcase) is a one-act farsa written in 1812, one of five such comic pieces that the young composer (he was all of 20!) wrote for the Teatro San Moisè, Venice. Victoria Newlyn will direct BYO's production which will be sung in English. Sets and costumes are by Madeleine Boyd, and Peter Robinson conducts. Rossini's early one-act farse were very popular in his lifetime but effectively disappeared after his death though they are now more frequently revived. BYO has performed some of Rossini's other farse, whilst L'occasione fa il ladro […]

[…] Greece, the XVIIIth century and our time; in his own terms it was well done, with adequate stage design by Gastón Joubert, costumes by Isabel Gual and lighting by Rubén Conde, plus projections by Natalio Ríos. "La scala di seta" ("The silk ladder") is one of the funniest Rossini one-acters. It was written for Venice´s Teatro San Moisè in 1813 with libretto by Giuseppe Maria Foppa based on a French text by Planard for an opera by Pierre Gaveaux (1808). Rossini was only 21; his style was already unmistakable, with his famous "crescendo" and the ability to concoct ensembles intercrossing the characters´ bewildered feelings, plus the witty fast pieces and the cantabile ones. I had an early contact with this creation back in 1964 […]

Unlike Mozart, the young Gioacchino Rossini seldom let his ambitions strain relations with employers. The precocious composer gained early notice through a series of musical sitcoms composed for Venice’s Teatro San Moise, where impresario Antonio Cera had final say over the subjects (usually French farces), the length of the opera and size of the cast (less than 90 minutes with maybe a half-dozen singers) and the rehearsal time (mere weeks). Rossini viewed the conditions as a professional challenge and produced a series of tightly paced, highly original romps through which he gained the confidence to tackle weightier and more emotionally complex subject matter. An Opus Arte DVD of La Scala di Seta (The Silken Ladder) from the Rossini Opera Festival in Pesaro provides a sturdy specimen from this genre, showing the composer’s early flair for extracting funny moments out of hackneyed situations while lacing the score with the […]