Classical iconoclast seems to be on pause right now, since no article has been published for 3 months. The last article in Classical iconoclast, "From Macau through China, India and Burma: Hong Kong Portuguse in the Chindits. By Anne Ozorio", is dated 2021-04-12.

"On pause" does not mean, however, that Classical iconoclast will not resume its activity soon, nor that its articles are less interesting than another more active source.

Classical iconoclast in the last 36 months

Classical iconoclast has been selected by soclassiq to be among its qualified sources because we believe that its articles fully contribute to the knowledge of classical music and opera. Because it is up to everyone to make their own opinion, to love Classical iconoclast or to prefer other writings, all our visitors and members are invited to discover Classical iconoclast. If you like it, feel free to add it to your browser bookmarks or soclassiq bookmarks (for its members, with the button below). This will allow you to come back to it easily and regularly.

I care if you listen

The latest articles from Classical iconoclast

From Macau through China, India and Burma: Hong Kong Portuguse in the Chindits. By Anne Ozorio

A few y years ago, Anne Ozorio,who died last August, gave me a typwscript copy of an article she had written on the experiences, after the 1941 Japanese invasion and occupation of Hong Kong, of some of the Portuguese/Macanese (many of whom had fought against the Japanese as members of the Hong Kong Volunteer Defence Corps) or were seeking other ways to resist the invadqrs, Until recently, I had thought that the article was unpubldhed. However I now find that it appeared in 2005 in the journal of The British Historical Society of Portugal. Here is a link to the published article   NB There are a couple of errorso in the published version that do not appear in the typescript: Page 120 'sit will shuld read 'sit well' Page 124 'saw advantage' should read 'saw no advantage'                                                    […]

In 1954, the year in which Benjamin  Britten completed The Turn of the Screw, he wrote to Eric Walter White that he had just read another short story by Henry James with “much the same quality as the Screw”. That story was Owen Wingrave. Thirteen years later, Britten asked Myfanwy Piper to adapt it for his next opera, a “television opera” commissioned by the BBC. Owen Wingrave was first broadcast in May 1971 and staged at Covent Garden two years later. Since then, there have been a handful of productions – most recently at Snape Maltings in 2014 and by British Youth Opera in 2016 – but what many have labelled Britten’s “pacifist opera” has remained in the operatic margins. In 2001 Margaret Williams directed a new film of Owen Wingrave for Channel 4 TV, with Gerald Finley in the title role alongside Josephine Barstow as his fearsome aunt, Miss Wingrave, […]

Gweneth Ann Rand sings Messiaen’s song cycle Harawi, with Simon Lepper at the piano, at Wigmore Hall this evening at 7.30 UK time. A free live video of the performance will be available on the Wigmore Hall website for 30 days (with donations to Wigmore Hall funds welcome). Anne Ozorio wrote a review of Rand’s (then Gwenerh Ann Jeffers) Proms performance of Harawi in 2008. (Please see here AND here). “Easily the best Messiaen singer of  her generation,” Ozorio wrote in another blog post.

Anne Ozorio (right) with soprano Sarah Minns in 2011  (photo: Roger Thomas) Sadly, the owner of this blog, Anne Ozorio, died on 22 August 2020. A few days before she left us, Anne asked me to keep Classical Iconoclast alive. In no wayy can I hope to rival or replace Anne's broad-based ex pert writing – on classical (and some popular) music and opera, film (especially from China/Hong Kong and Weimar Germanyy, and Chinese/Hong Kong/ and Macanese culture and history. For a start I would like to tell existing and new readers more about Anne and her background, based on things she told me and somewhat random research we did together over the past 14 yyears.  Coming soon, so keep checking the blog. And Anne's blogs from 2008 to 2020 will always be worth exploring. Roger Thomas 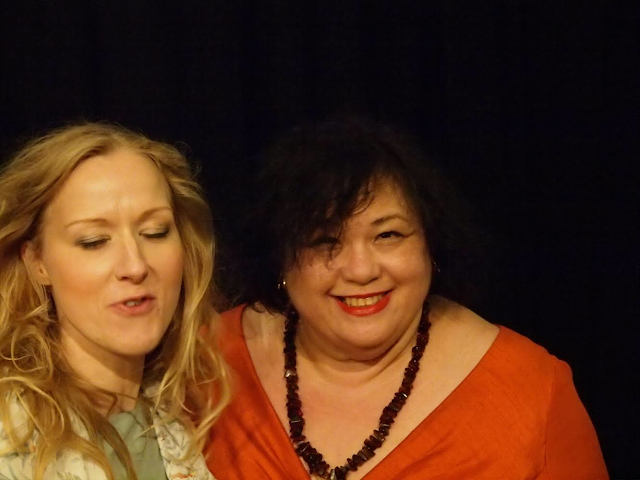 L'enfant et les sortileges - Teapot (François Piolino) Child (Khatouna Gadelia) Chinese Cup (Elodie Méchain) Credit Simon Annand  Glyndebourne at home, minus the garden. Champagne and strawberries optional. But a glorious chance to experience once more the magic of Ravel L'enfant et les sortilèges, in the Laurent Pelly production.  In L'enfant et les sortilèges, the world is seen through the eyes of a child, still full of wonder, too young to be locked into rigid assumptions : innocent, yet still  aware that there might be darker forces lurking just beyond.  This isn't an opera that can be approached literally, with the judgementalism that some adults might prefer.   Pelly, however, captures its elusive delicacy, where magical thinking co-exists with an awareness that harsh reality will eventually intrude, even on the pure in spirit.  "L'enfant et les sortilèges" said Pelly, "lasts about 45 minutes, but has the depth of an […] 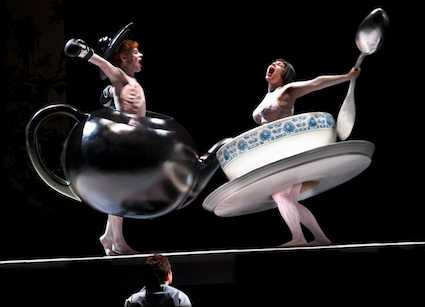 She had a lot to teach me – Remembering Anne Ozorio, Number 2

Music critic CLAIRE SEYMOUR (Opera Today) recollects the phenomenal knowledge, writing skills and generous advice of  Anne Ozorio, who would have been 69 today  “I’m a large Eurasian, and I’ll wear something bright.  You won’t miss me!” Anne’s response when I asked how I might recognise her when we first met, at an evening recital at Wigmore Hall during 2008, was characteristically no-fuss and direct.  And, there she was when I arrived – smiling brightly, chatting vigorously, bustling among the other concert-goers in the foyer, many of whom recognised Anne and greeted her warmly. Our paths crossed when I was asked to join the Opera Today team of music reviewers based in London.  Both of our lives had been driven by a passion for music: listening, reflecting, writing about musical performances, recordings and experiences.  But, in very different contexts.  Whereas my background had been a rather conventional ‘academic’ […]

Anne Ozorio and her brother Joe at the Ozorio family mausoleum in Happy Valley, Hong Kong Anne Ozori told me abou Mr Wu as we waited for a Barbican Hall concert on January 10, 2007. The next day I typed up from memory what she had  said. So it is not pure Anne Ozorio, but the next best thing. Anne said I would have loved Mr Wu. I can see why. By ROGER THOMAS Anne Ozorio’s fathr was José Augusto Ozorio. (His Macanese nickname was Beano.) There has been a José (or Joseph or Joe) in every generation of the Ozorios since they started appearing in the Macau parish records when these were initiated at the beginning of the 17th century. Beano had a great friend in Hong Kong called Mr Wu. Mr Wu was an extremely rich, flamboyant businessman whose businesses included generic pharmaceuticals such as aspirin and the […]

Secrets of the Sahara - Le Désert and L'Atlantide

Secrets of the Sahara !  Two magnificent evocations of the Sahara and its seductive mysteries : Félicien David's Le Désert (1844) an ode-symphonique, and Jacques Feyder's film L'Atlantide (1921).  Both are long term favourites, but the soundtrack in the restored version of the movie is pretty banal, so I muted and played Félicien David's Le désert instead.  The combination worked extremely well !Perhaps it's because the rhythms of Le désert so strongly resemble the rhythms of a caravan of camels marching single file through the desert. Scored for narrator, orchestra, tenor and choir, the piece unfolds at a steady pace, unhurried yet purposeful.  For thousands of years, caravans like these have crossed the desert : it is as if  the endless sand dunes (depicted by the strings) defy Time itself ; the tracks of the caravan erased as soon as the caravan has passed.  David lived in Eygpt from 1833-35 […] 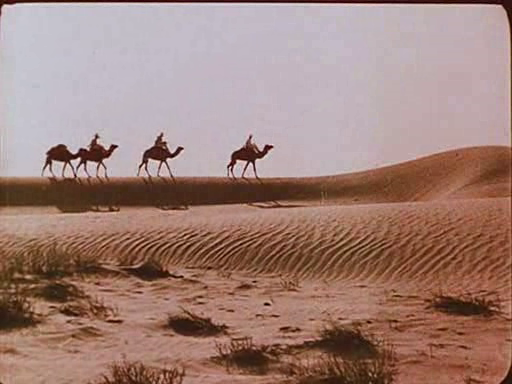 Two pastorals : Beethoven's Symphony no 6 "Pastoral" op 68 and Justin Heinrich Knecht Le Portrait musical de la Nature , with Bernhard Forck conducting the Akademie für Alte Musik Berlin, part of the ongoing Harmonia Mundi series where Beethoven's music is presented in thoughtful juxtaposition, geared towards listeners already familiar with the basics of Beethoven.  This recording examines Beethoven's Symphony no 6 in the context of pastoral traditions in European music, which evolved from the17th century and adapted to the Early Romantic aesthetic. Justin Knecht (1752-1817), a generation older than Beethoven, was an organist and composer who lived all of his life in Baden-Württemberg region.  Knecht described Le Portrait musical de la nature as a "Tongemälde der Natur oder Groẞe Symphonie" (a tone painting in the form of a large symphony). In the first Allegretto, Knecht's written description suggests a scene where the sun shines, zephyrs blow, and brooks […] 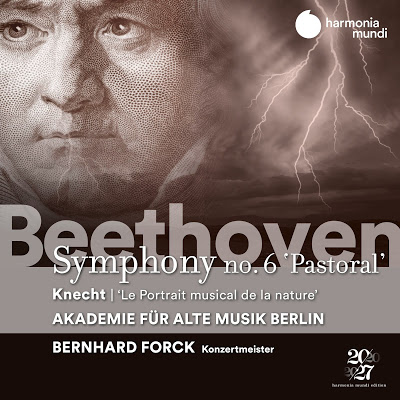 Beethoven Symphony no 9 "Choral" with in D minor, Op. 125, and the Choral Fantasy   in C minor op 80 with soloist Christian Bezuidenhout, Pablo Heras-Casado conducting the Freiburger Barockorchester, new from Harmonia Mundi.  In this Beethoven anniversary year, it is good that there are ventures which probe more deeply into the composer and his music. The year started with reconstructions, in full performances concerts throughout Europe, of the concert of 22nd December 1808, in honour of the composer, in Vienna which included the Fifth and Sixth symphonies, concluding with the Choral Fantasy providing a grand finale, Beethoven himself playing  the piano part.  Perhaps it says something about the stamina of modern audiences that some could not understand the ambitious scale of the programme. The Choral Fantasy is in many ways the embryo of  Beethoven's Symphony no 9,  now an anthem of hope and unity, all over the world.Although […] 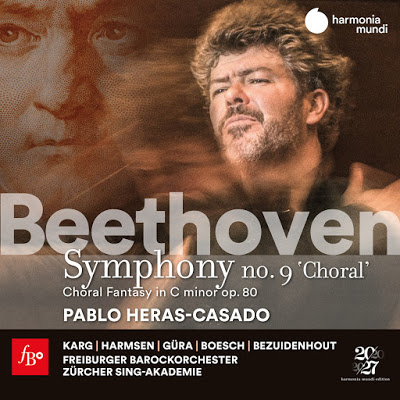