Faces of classical music in the last 36 months

The latest articles from Faces of classical music

Luka Šulić (cello) and Evgeny Genchev (piano) play popular melodies at No Borders Music Festival, at Fusine Lakes in Tarvisio, Italy, on July 25, 2020. The No Borders Music Festival is a music festival which has become a unique "vehicle" in the Region and in the entire "Without Borders" area for black music, soul, unconventional jazz, afro-music, advanced dance, which attracts fans from all over the world, not just from Italy, but from all over Europe. The program aims to promote music as a form of culture and a means of communication which enriches and is understood by everyone, exceeding ethnic linguistic, social and political boundaries. The Festival is a vehicle of boundless musical experiences; it has no boundaries regarding the musical genre, ranging from classical music to jazz, or the social and geographical heritage of the invited artists. 1. Nuvole Bianche (Ludovico Einaudi, 2010) [0:00]* 2. Shallow […] 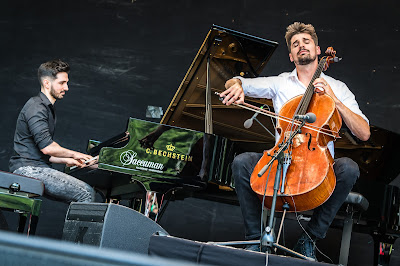 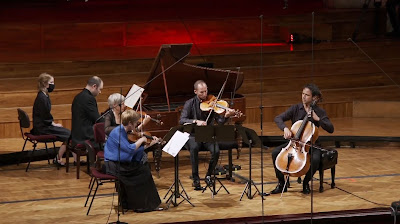 Luka Šulić (cello) and Evgeny Genchev (piano) play popular melodies at the Union Hall Maribor, Slovenia, in December 2020. Union Hall is the only preserved building of the former Götz Brewery, which was the leading brewery in Maribor since the second half of the 19th century until the First World War. In 1911, a central building was built, Götz Hall, which was already then the largest venue for events in Maribor. In 1926 Götz Brewery became part of the Ljubljana's Union Brewery; hence the name Union Hall. But Union Brewery first limited its production in Maribor, and then stopped, and the Union Hall became the property of the music society Glasbena Matica. During the two world wars, the Union building and its hall were a place of musical activities and played an important role in the response of Slovenes to the increasing germanisation in Styria region. In 1910, Slovenes […]

Son of the renowned musician David Oistrakh, the violinist and educator lived to the age of 90 The Strad — September 1, 2021 Violinist Igor Oistrakh has died at the age of 90. He was born in 1931 in Odessa, Ukraine, the son of Tamara Rotareva and acclaimed violinist David Oistrakh. After initial musical studies with his father, Oistrakh studied at the Central Music School in Moscow, followed by tuition at the Moscow State Tchaikovsky Conservatory. He won the Budapest International Violin Competition in 1949, as well as the Henryk Wieniawski Violin Competition in Poland in 1952. As well as an international solo career, Oistrakh was a dedicated teacher, joining the faculty of the Moscow State Tchaikovsky Conservatory in 1958. Since 1996, he was a violin professor at the Royal Conservatory in Brussels. He retained […]

Kathimerini — September 2, 2021 Greek veteran composer and political activist Mikis Theodorakis, who was instrumental in raising global awareness of Greece's plight during the 1967-1974 military dictatorship, has died at the age of 96. Born on the island of Chios, on 29 July 1925, he studied music in Athens and later Paris. His work ranges from rousing songs based on major Greek poetic works, many of which remain left-wing anthems for decades, to symphonies and film scores. He composed perhaps the most recognizable Greek music internationally, the syrtaki from the film "Zorba the Greek" (1964), while his songs were performed by famous artists, such as The Beatles, Shirley Bassey and Edith Piaf. He composed the scores in films such as "Z" (1969), which won the BAFTA Prize for original music, "Phaedra" (1962), which included songs with lyrics by Nikos Gatsos, and "Serpiko" (1973), for which he was nominated for a […] 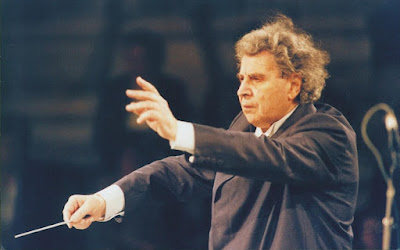 When you begin playing an instrument, there is music that draws you in and propels you – those works you aspire to one day, maybe, hopefully play. Many of these will be challenging, technically demanding pieces, to which your early abilities will be no match. But Chopin's Nocturnes can provide an early introduction to the kaleidoscope of his inventive and enthralling music. It is thus that I was introduced to Chopin at a young age, with his first Nocturne (Op.9/1), spending many hours searching for the secrets hidden within. I was enamoured, and through the years of becoming better acquainted with my instrument – a process that continues to this day – Chopin's Nocturnes have kept me company. They embody what I cherish most in his music: the yearning, captivating melody, the framework he provides for flexibility, the endless fresh ideas. Chopin was a master of the piano, using […] 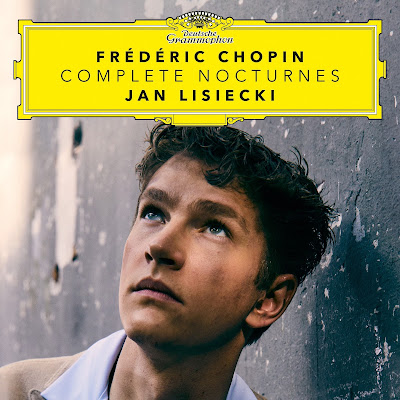 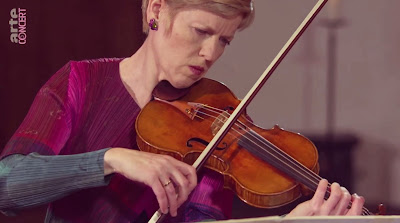 On Palm Sunday, April 5, 2020, the exceptional violinist plays Johann Sebastian Bach's Sonata No.3 in C major for Solo Violin, BWV 1005, in the empty St Thomas Church in Leipzig. In these unusual and challenging times, her Bach interpretation exudes calm and confidence. "In her concentration, the violinist acts like a medium through which this unique music reaches us today", says the NZZ about Isabelle Faust's interpretation of the Sonatas and Partitas for Solo Violin by Johann Sebastian Bach. "What Faust is searching for on the inside is [...] a truthfulness that results not only from the study of passed down conceptions of aesthetics, but also from today's attitude towards life. Such a positioning between the fronts makes Faust's violin playing as interesting as it is unique."  Source: accentus.com ✻ Bach had an easy solution for the problem of combining the violin with the keyboard: […] 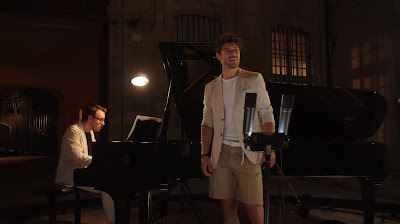 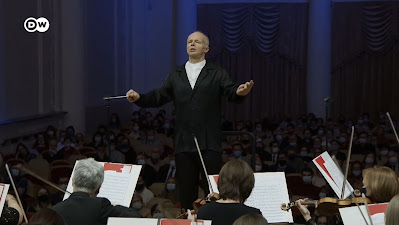 Ludwig van Beethoven's Symphony No.5 in C minor, Op.67, conducted by Thomas Zehetmair and performed in Yekaterinburg by the Ural Philharmonic Orchestra at the 2020 [email protected] Festival.Beethoven's Fifth is amongst the most well-known symphonies of all time. Its opening, four-note motif made history in and of itself – Ludwig van Beethoven reportedly saying of it "Thus, fate knocks at the door!". This bon mot gave rise to the popular name "Fate Symphony" for Beethoven's Fifth. The Symphony No.5 also stands out formally, however – within its traditional four-movement structure, for the first time the emphasis is shifted from the first movement to the final movement, resulting in a mounting intensification across the entire work, culminating in a triumphant finale. This effect is underscored by the amplification of the instrumentation in the fourth movement – Beethoven additionally utilizing the trombone, contrabassoon, and piccolo. Beethoven made his first notes for this […] 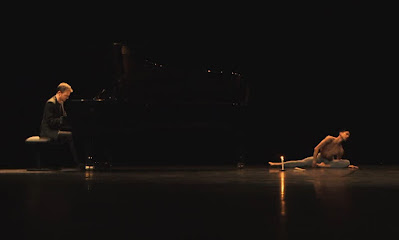