Kernow Classics is a English-speaking blog specialized in the field of classical music and opera. As such, Kernow Classics is a qualified source of soclassiq, like Meeting in Music or NY Times and many others. The oldest article indexed by soclassiq is dated 2016-02-12. Since then, a total of 6 articles have been written and published by Kernow Classics.

Kernow Classics seems to be on pause right now, since no article has been published for 3 months. The last article in Kernow Classics, "Hugh Scully Collection", is dated 2017-05-04.

"On pause" does not mean, however, that Kernow Classics will not resume its activity soon, nor that its articles are less interesting than another more active source.

Kernow Classics in the last 36 months

Kernow Classics has been selected by soclassiq to be among its qualified sources because we believe that its articles fully contribute to the knowledge of classical music and opera. Because it is up to everyone to make their own opinion, to love Kernow Classics or to prefer other writings, all our visitors and members are invited to discover Kernow Classics. If you like it, feel free to add it to your browser bookmarks or soclassiq bookmarks (for its members, with the button below). This will allow you to come back to it easily and regularly.

The latest articles from Kernow Classics

Last year I announced the acquisition of a massive collection of LPs and CDs.  This collection belonged to the late Hugh Scully, a much-loved and respected broadcaster not only here in the South-Western corner of England but throughout the United Kingdom and indeed, the world.  He presented the ever-popular Antiques Roadshow and viewers may recall his award-winning documentaries on Margaret Thatcher and the Falkland’s War.  His passion for classical music and piano recordi [...]

Second batch of LPs released from our stunning new collection

Since our big announcement at the end of October, we've been busy reviewing and cataloguing the next batch of LPs from our incredible, newly-acquired collection.Our new catalogue, published today, adds some rare and highly collectable LPs with pianists Emil Gilels, Artur Rubinstein, Byron Janis, Sviatoslav Richter, Hans Richter-Haaser, Maurizio Pollini and Shura Cherkassky; the violinist Oscar Shumsky and chamber collections with the Amadeus Quartet, the Hollywood String Quartet and the Melos Qu [...]

Kernow Classics is honoured and delighted to be able to bring to the market the most remarkable private collection of discs that we have ever seen, comprising an estimated twenty thousand LPs and at least the same number of CDs.The first 250 LPs, chosen at random from this vast and lovingly cared-for collection, are now available in our catalogue, and demonstrate the incredible quality and depth of this remarkable treasure-trove of discs. The pride of the collection thus far is this w [...]

​As a child I dreamed of being a bass clef singer.  My first operatic ‘crushes’ were the D’Oyly Carte bass Donald Adams, the Dutch singer Arnold van Mill (whose LPs I collected) and Tito Gobbi (who I saw in Tosca and Otello at Covent Garden before my twelfth birthday).  It was only after I arrived in London that I became familiar with the magnificent voice of Lawrence [...] 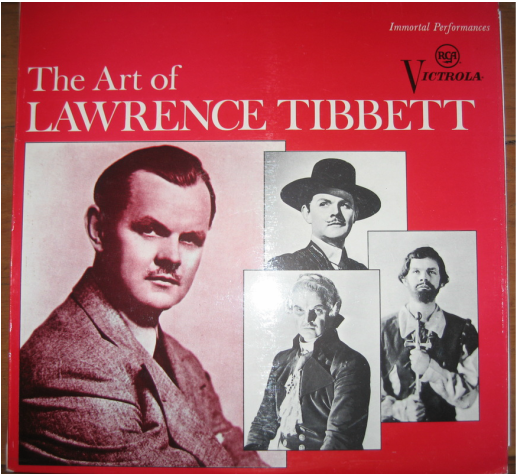 Listening to music in my early years...

The other day I came across a lengthy list I had compiled as a child of the recordings my family owned.  It made intriguing reading and made me wonder to what extent it coincides with similar recollections of collectors around the world. There was a sizeable number of 78s which included the Gieseking Beethoven’s Emperor Concerto, Furtwängler’s Beethoven’s Fifth & Tchaikovsky Pathétique (although as a youngster I found the first and last mov [...]

Welcome to our new website.  It’s been a busy start to the year consolidating new projects for Kernow Classics.  Although based in Cornwall I take the opportunity whenever possible to visit towns and cities ‘up country’ delivering talks to Recorded Music Societies and other music groups; over the years I have established friendly relationships with societies as far away as York and Leicester in addition to those in Stroud, Cirencester, Bournemouth and Torquay which a [...]